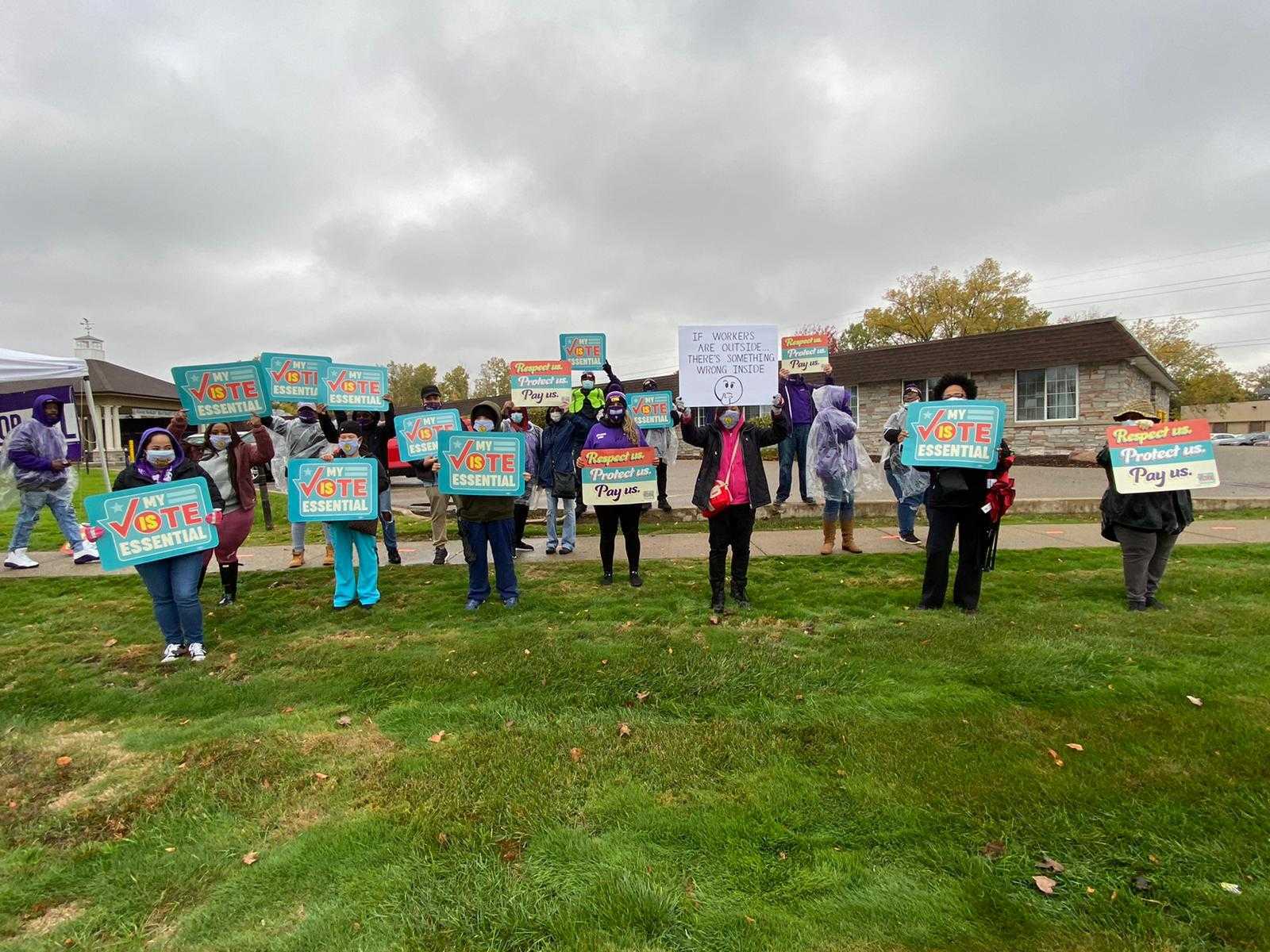 Detroit, MI – A ruling from the National Labor Relations Board has determined that Fountain Bleu Health and Rehabilitation Center engaged in unfair labor practices against SEIU Healthcare Michigan by refusing to negotiate wages, hiring non-certified aides, and attempting to remove LPN’s from the union. The NLRB has ordered Fountain Bleu to pay its employees for any loss of wages or other benefits suffered as a result of their failure to negotiate.

“This ruling is a huge victory and reaffirms the rights of workers to negotiate their wages and working conditions,” said Andrea Acevedo, President of SEIU Healthcare Michigan, “We are putting all employers on notice: respect, protect, and pay our workers or face the consequences. SEIU will pursue all violations of labor law to their fullest extent.”

Valisa Ford, a LPN at Fountain Bleu, was pleased to hear about the case results.

“I’m excited by the results, but at the same time, we shouldn’t have to fight for something we already deserved to have,” said Ford, “It’s not right to withhold people’s earnings and finances, especially during a pandemic. We are already going through so much, why should we have to go through court?”

Fountain Bleu is co-owned by Charles Dunn, who also co-owns Greenfield Rehab and Belle Fountain, and is the sole owner of Four Seasons Rehabilitation and Nursing in Westland. Four Seasons was the site of a SEIU strike in October of 2020 which resulted in a three-year contract.

Though the NLRB case at Fountain Blue has concluded, workers are now fighting for a new contract at their facility.

“I’m excited, I’m very satisfied to win this case.” said Angela Davenport, a dietary aide at Fountain Bleu,  “I think this victory will get even more people involved in the union.”